While presenting Subaeria at the Toronto Comics and Arts Festival we had the opportunity to meet awesome people and play some truly great games by fellow canadian developers. We’ve created a brief summary of some of the cool games we played:

Lovers in a Dangerous Space Time 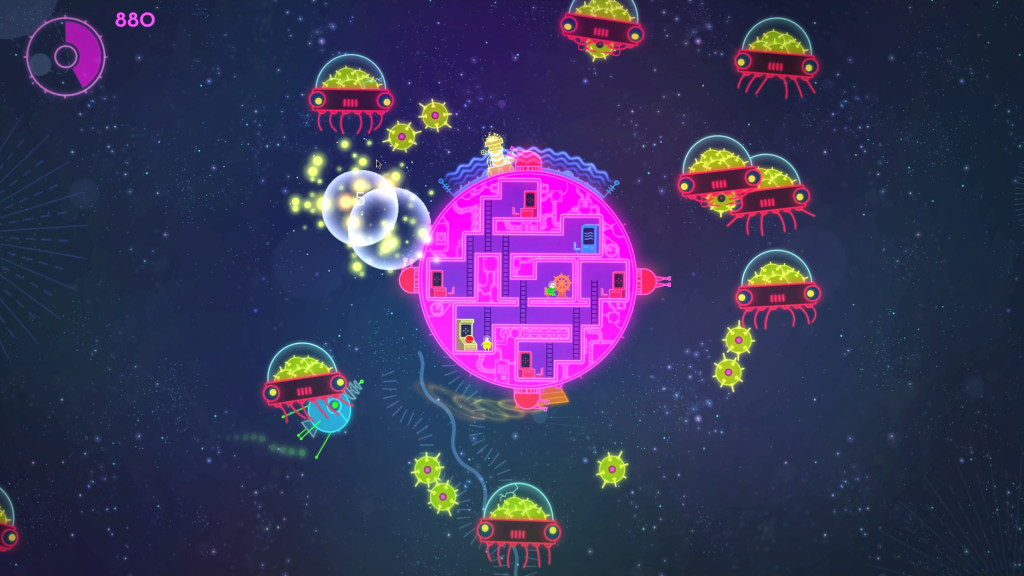 I liked this game so much I actually bought a poster of it right on the spot. It’ a co-op game where two players aboard a spaceship have to fend off attacking aliens and save adorable space bunnies. You have to run around and man different parts of the ship, including the turrets, shields and booster. It’s hectic and really, really fun. Trying to coordinate with your partner to destroy enemies while protecting the ship and freeing the space bunnies is a huge challenge and led to much hilarity in front the screen. The cheery neon art fits the subject perfectly and the game looks gorgeous. Everyone should check it out! (Game website)

Keep Talking and Nobody Explodes 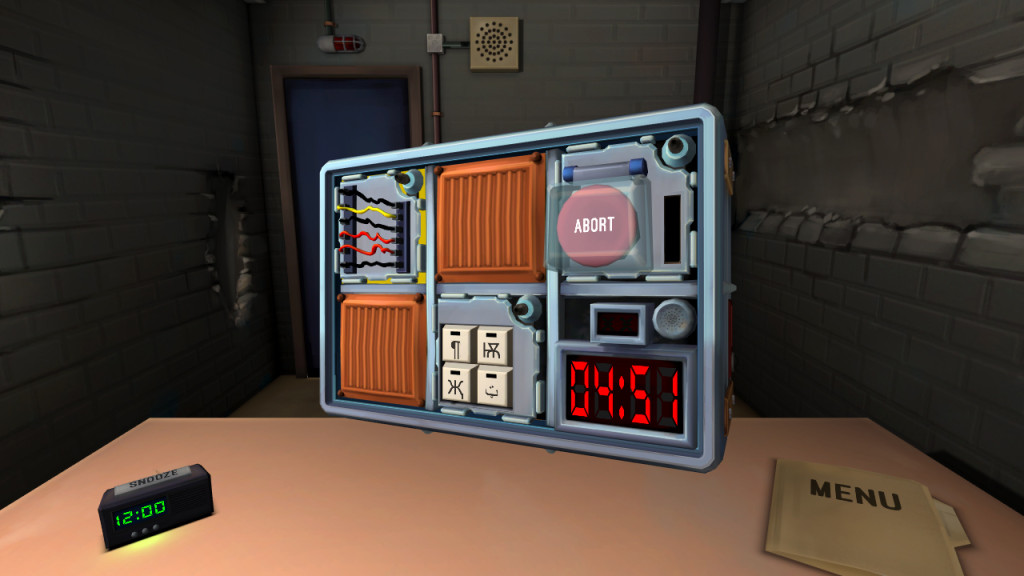 This bomb defusing game is also a multiplayer game that requires a lot of coordination between the players. Using an Oculus VR headset, one of the players looks at a bomb which he can manipulate and inspect, while his partner has access to the bomb defusing manual. They must communicate in order to figure out how to defuse this bomb. As you can imagine, explaining what you’re seeing to someone is quite a challenge, as well as sifting through a manual to understand whatever the hell your friend is talking about. It’s the product of a game jam and a passion project for the developers, and it shows. (Game website)

This couch-co op game is made by fellow Montréal Indie devs Clever Endeavour, and is hilarious. It requires players to build a level and then have their friends try to complete it, the challenge being to make a level that is hard enough that your friends will fail, but easy enough that you will survive to the end. We had a lot of fun trying to create insanely complicated levels and cheering for our favorite player. It’s a game we’d recommend to anyone for a few rounds of fun, challenging competition. (Game website)

But it wasn’t just playing other people’s games at TCAF, we were also presenting Subaeria and got to meet a ton of comics afficionados who loved the game here’s Guillaume explaining the mechanics to someone trying out the game for the first time: 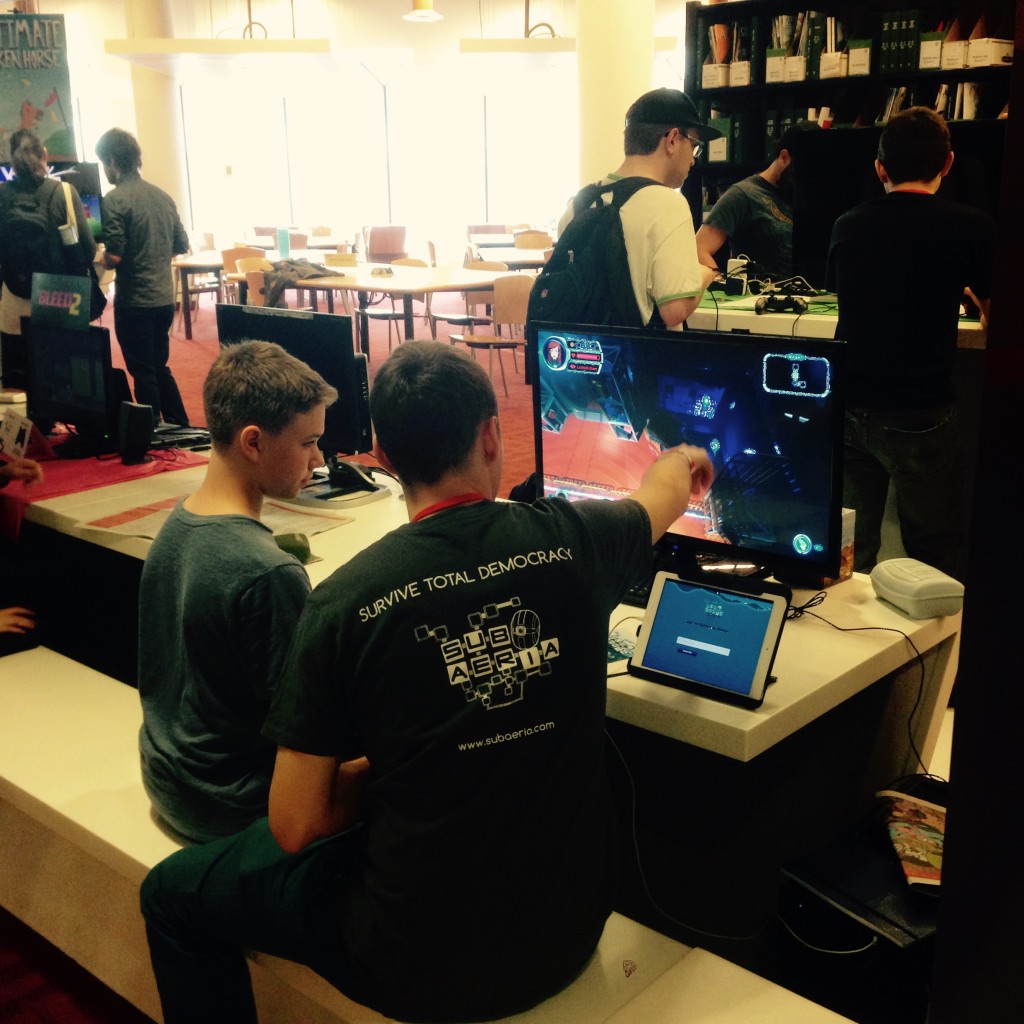 We had a great time and look forward to going back again next year.