In a big production such as Subaeria, a story driven videogame that unfolds in a unique world, you need an art direction that transcends the project visually. The look of the game has to intrigue and involve the player into ‘’wanting to discover more’’ about the universe and spark awe.

You might say that the role of the art direction is to generate an emotional response from the player, that corresponds with the mood and emotion of the game. That would be one of the many roles of an art direction.

Before Subaeria came to be as a fully fledged video-game, it first started with an idea: “Let’s make a unique game!”

Soon after that idea, many complex questions needed to be answered, such as: “What will the game look like?” We can go through quite a number of iterations to determine the feel and look we want for the game, as you can see in the example below for an unreleased game: 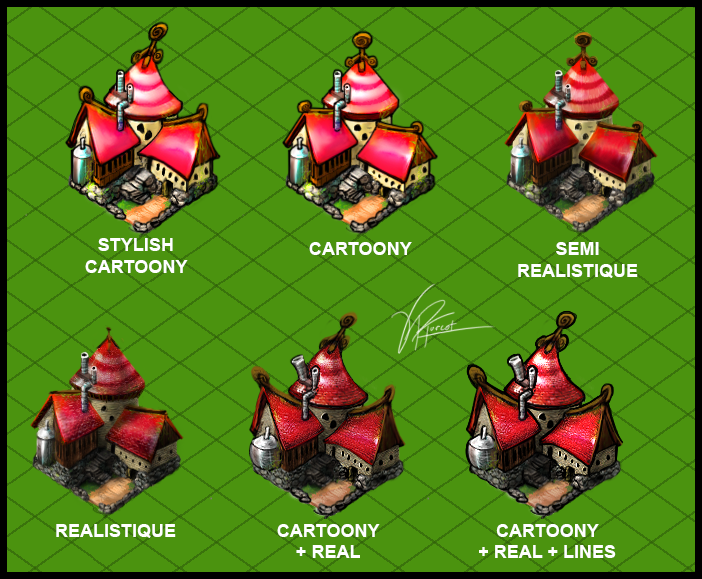 This whole process of brainstorming: the looks, the structure, the gameplay of the game, etc. is what we call the ‘’pre-production’’. This first step is very crucial in the making of a video-game; it is when the team creates the foundation and the guidelines of all the elements that will be present in this game to be… one of those guidelines is the art direction.

The art director and the concept artists first create the visual ground rules of the project. These rules consist of visual dogmas that will need to be respected throughout all the visual assets produced in the making of the game.

Examples of visual dogmas include:

There’s a visual difference between a video-game that has realistic rendering and takes place on a frozen planet with 6 armed tribal aliens that live only for the sake of killing each other and a video-game that has a cartoony rendering that takes places in the Happy Tree Forest of Candy Mountain where everybody loves to go flower picking. The art rules that surround these two very different games are what gives them their unique and distinctive look. 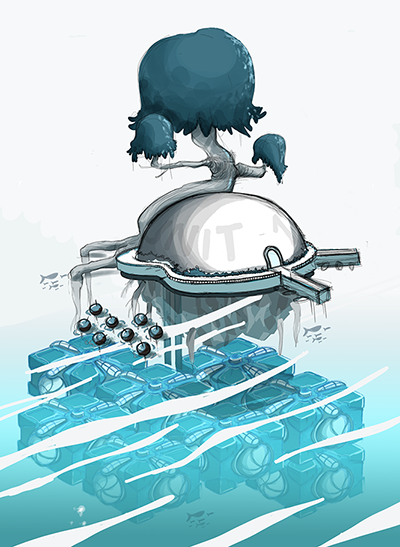 An early concept for Subaeria

As soon as the visual dogmas are settled upon, concept artists create all the required concept-art for most of the visual elements (3D models, matte paintings, textures, level art, level designs, special effects, etc.) that will be seen in the game.

This is to allow all the 3D modelers, the FX artist, the texture artist, the light artist, the level designer, etc. (all the visual artists) to create a homogenity in the visual content that will appear to the players. The art direction is there to make all the visual aspects of the game hold as a whole… to allow the player to feel as if the visual universe works together. This maintains the ‘’suspension of disbelief’’, that is the emotional response created in the player when he is involved in the universe of the game… Basically, the art direction is kind of a big deal.